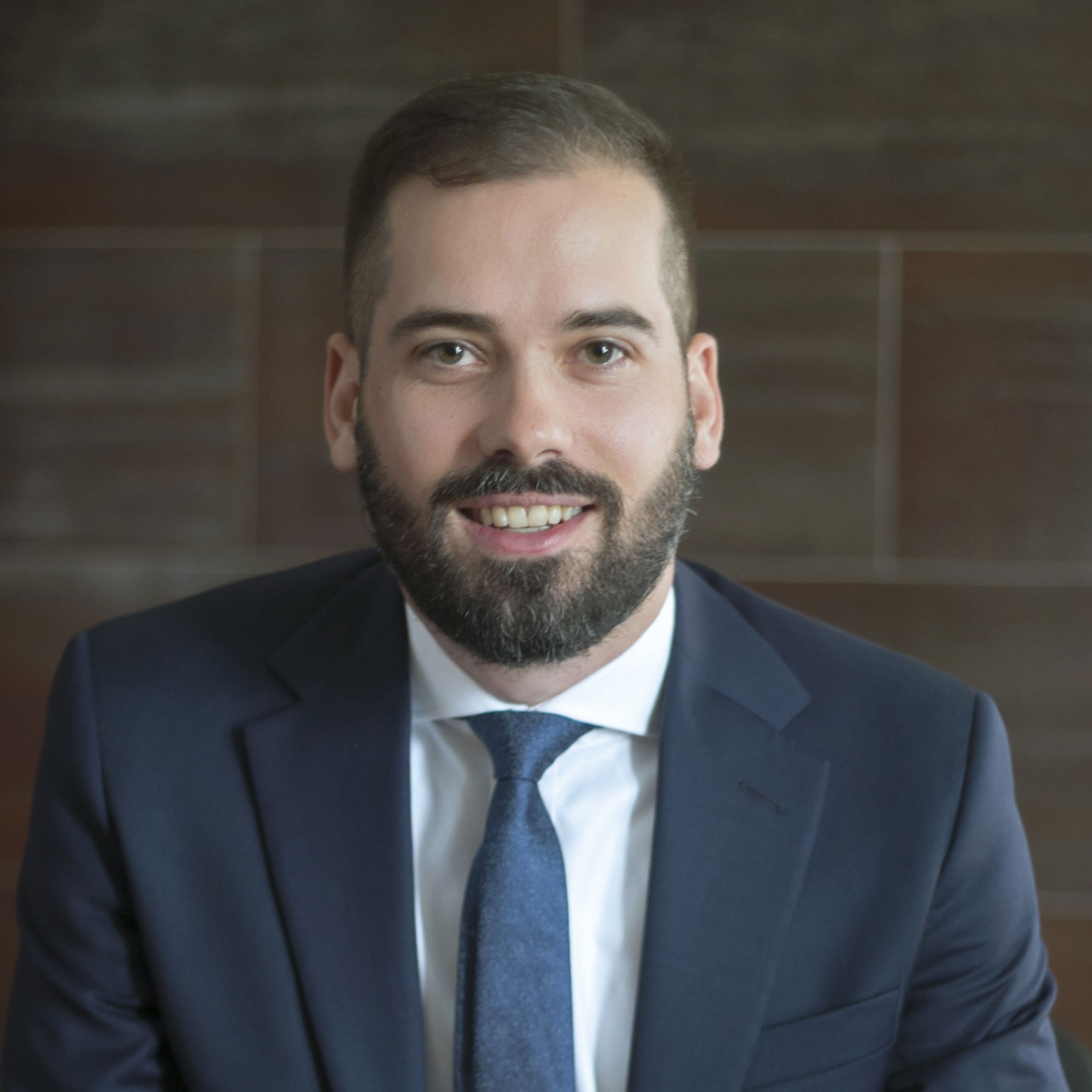 When a plaintiff is successful in a lawsuit, they are generally entitled to prejudgment interest (PJI) on their damage award. Prejudgment interest is awarded on any damages incurred between the date the cause of action arose (or written notice of the action was given, if related to an MVA) to the date of the order for payment of money. The Ontario Court of Appeal has written that“[a]wards of pre-judgment interest are designed to recognize the impact of inflation and to provide relief to a successful litigant against the declining value of money between the date of entitlement to damages and the time when damages are awarded.”1

For pecuniary damages (and those non-pecuniary damages not covered by r. 53.10) the applicable PJI rate is the Bank of Canada rate that was in effect during the quarter preceding the quarter in which the action was commenced (e.g. if the statement of claim was issued in May, 2015, the applicable PJI rate would be 1.3 per cent, the bank rate that was in effect for the first quarter of 2015. However, for a statement of claim issued in July, August or September of 2015, the applicable PJI award would be 1.0 per cent, the effective bank rate for the second quarter of 2015).

Despite the set PJI rates, the Court retains the discretion to disallow, increase or decrease the amount of prejudgment interest after taking into account any relevant consideration, including changes in market interest rates and the conduct of any party that tended to shorten or unnecessarily lengthen the duration of the proceeding.4

In the fall of 2014, the Ontario government introduced new legislation as part of its mandate to lower costs in the auto insurance system. The Fighting Fraud and Reducing Automobile Insurance Rates Act, 2014 came into force on January 1, 2015. The act eliminates the set 5 per cent PJI rate on non-pecuniary damages, but only on those non-pecuniary damages arising from the use or operation of an automobile [general damages in slip-and-fall cases will still attract PJI at five per cent].

Given the current low Bank of Canada interest rate, the elimination of the set five per cent interest rate on general damages in motor vehicle accident claims should reduce costs for insurance companies, which indemnify at-fault motorists for the vast majority of personal injury claims. The Ontario government is expecting that the insurance companies will pass along the cost savings to motorists in the form of cheaper insurance premiums. Before the new act was passed, a senior vice-president at Aviva Canada told the Standing Committee on General Government that Aviva estimates that the PJI rate change would generate savings justifying a one per cent premium reduction.5

History of the 5% PJI rate on non-pecuniary damages

The PJI rate on non-pecuniary damages arising from the use or operation of an automobile has been set at 5 per cent since 1989 when Ontario’s automobile accident compensation scheme was redesigned based on the American “no-fault” model.6 In 1989, the Bank of Canada’s overnight rate was over 12 per cent. In the third quarter of 1989, the PJI under the Courts of Justice Act was 14 per cent.

The 1989 implementation of the 5 per cent PJI rate on non-pecuniary damages followed some of the recommendations in the Ontario Law Reform Commission’s 1987 Report on Compensation for Personal Injuries and Death. The Commission acknowledged two rationales for PJI: the first being to compensate an injured party for being kept out of money until judgment and the second being to encourage expeditious settlement of personal injury claims. On the second point, the Commission expressed support for promoting the expeditious settlement of personal injury claims but wrote that “the ideal prejudgment interest rules should be neutral with respect to settlement behaviour, in the sense that neither the injured person nor the wrongdoer can benefit from delaying settlement or resolution of the action.”7

Awards for general damages were capped by the Supreme Court at $100,000 in the 1970s. However, that cap is to be adjusted for inflation. Therefore in 2015 the cap on general damages, adjusted for inflation, was approximately $350,000. The Law Reform Commission’s 1987 report noted that because prejudgment interest partly compensates a plaintiff for the effects of inflation, applying PJI to non-pecuniary damages (which are already supposed to be adjusted for inflation) can lead to a double recovery in respect of the loss due to inflation.8 To make up for the opportunity cost of not being able to invest the money, the Commission recommended that the PJI rate for non-pecuniary damages should be the same as the discount rate for future losses (which at the time was 2.5 per cent).

The Commission also recommended that the PJI rate should be the average bank rate for each quarter that an action is not resolved. It argued that fixing PJI at the rate that was in effect in the quarter before the action was commenced could affect settlement behaviour if market interest rates change and one party wants to take advantage of the difference between the applicable PJI rate and market interest rates. The Commission also recommended that prejudgment interest should be compounded quarterly. To this date, prejudgment interest on general damage awards remains simple interest, uncompounded.

There has been some debate about whether the 5 per cent PJI rate should apply to claims arising from motor vehicle accidents which occurred prior to January 1, 2015.

There is a well-established presumption that laws which affect substantive rights apply only prospectively, that is only to lawsuits started after the law is changed.9 The Supreme Court of Canada has endorsed the rule that “the court will not ascribe retrospective force to new laws affecting rights, unless by express words or necessary implication it appears that such was the intention of the legislature.”10 Conversely, there is a presumption that procedural laws apply retrospectively; to lawsuits that have yet to resolve as well as new lawsuits that are started after the law is enacted.11

The Ontario Court of Appeal explained the difference between procedural and substantive law by writing: “[S]ubstantive law creates rights and obligations and is concerned with the ends which the administration of justice seeks to attain, whereas procedural law is the vehicle providing the means and instruments by which those ends are attained.”12

The Court of Appeal said in Somers v Fournier that entitlement to prejudgment interest is a matter of substantive law.13 However, in the same decision the Court of Appeal said that the cap on non-pecuniary general damages imposed by the Supreme Court in its 1970 Trilogy is a procedural matter because it only affects the quantification of an award of damages rather than the availability of a head of damage.

The 5 per cent PJI rate under r. 53.10 was not applied retrospectively after it was introduced in 1989. However, as the court noted in Cirrillo v Rizzo, the 1989 amendments introducing the five per cent PJI rate specifically stated that the amendment “in question…appli[es] to causes of action arising after the 23rd of October, 1989.” It was open to the Ontario legislature to include a similar transitional provision in the 2014 Insurance Act amendments but it did not.

There have been numerous cases considering whether the change from a 5 per cent PJI to the floating bank rate (currently 0.8 per cent) should apply to general damages in motor vehicle accident claims which were incurred prior to January 1, 2015.

In Cirillo v Rizzo, both parties agreed that the entitlement to PJI is a matter of substantive law but disagreed whether the mechanism for quantifying that entitlement is substantive or procedural law. Justice MacKenzie ruled that the amendment to the calculation of the PJI rate was procedural in nature; he wrote that the PJI rate itself was just a means to an end. The change in the prejudgment interest rate does not affect the availability of a substantive right (the right to PJI); it simply varies the way that entitlement is calculated (the amount of PJI).

While the weight of Superior Court decisions favours applying the PJI rate change only to accidents which occurred after the 2014 amendment, the Court of Appeal has not yet ruled on this issue.

Update: The Ontario Court of Appeal has now ruled that the Insurance Act amendment to the prejudgment interest rate for motor vehicle accidents applies retrospectively to all actions that are tried after  January 1, 2015. Please see Cobb v Long Estate, 2017 ONCA 717 (CanLII) for the full text of the decision.