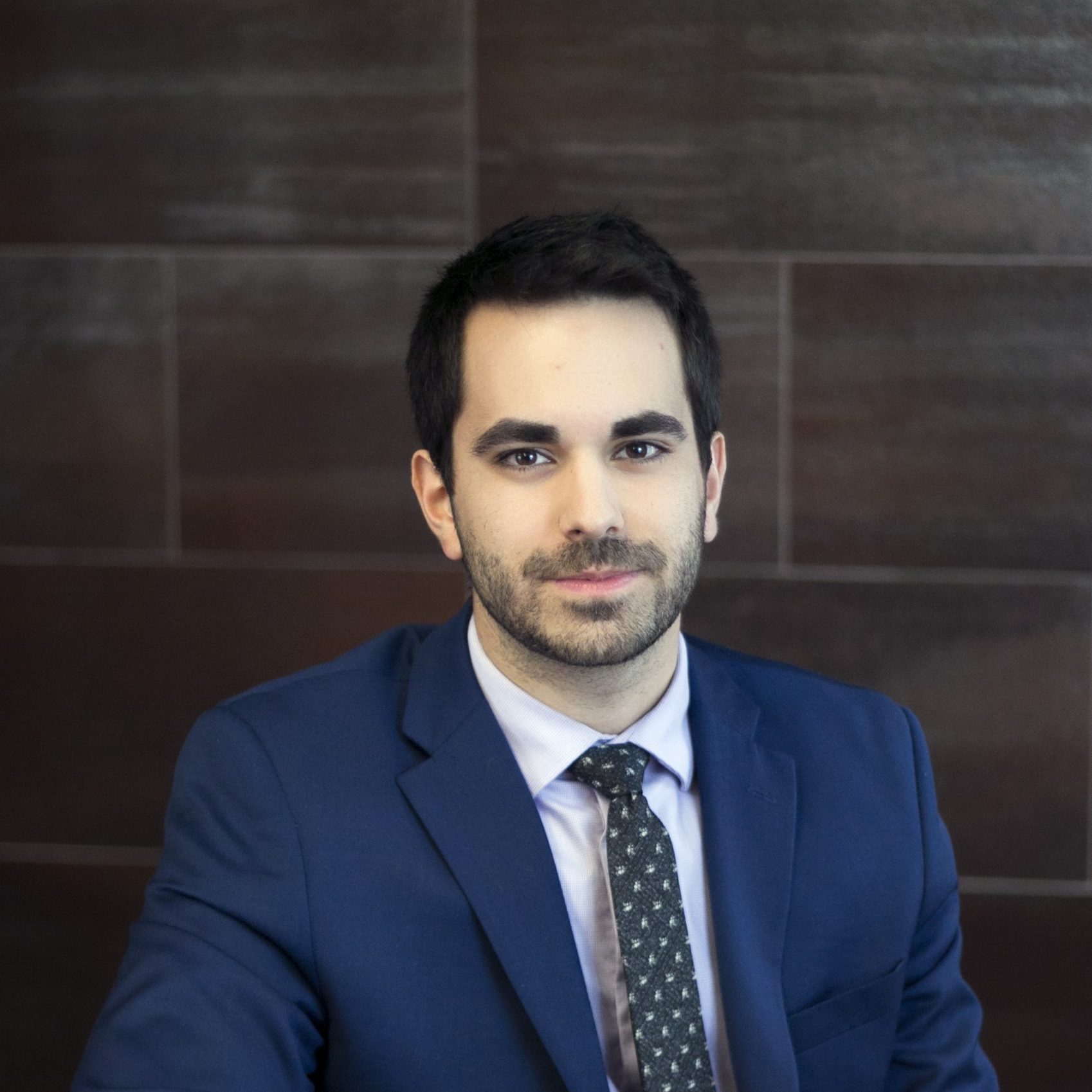 Alex is a long-time member of Carroll Heyd Chown LLP, starting as an intern in 2014. He is now an associate at the firm, after a brief and unimpressive career as Steve Buscemi’s body double.

Alex was raised in Barrie, Ontario, with roots in Sudbury, Ontario. His educational background has brought him to Waterloo, ON, and London ON, where he attended law school at the University of Western Ontario.

As a part of Western Law, Alex was a frequent participant in sports arbitration moots, and was the chair of Obiter Dicta- a committee that organizes student-performed charitable concerts.

In his free time, Alex is a parent to his two adopted rescue cats Bentley and Butters. He enjoys playing and watching hockey (go Red Wings), recording and playing guitar in his band Ready Steady Steroids, and weightlifting.