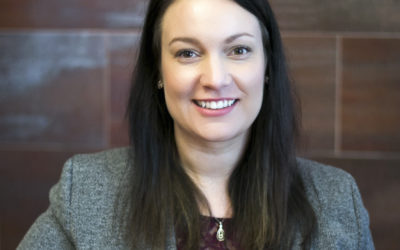 Samantha Cain has Joined the Partnership

END_OF_DOCUMENT_TOKEN_TO_BE_REPLACED

Can an Employer Mandate that Employees get Vaccinated Admist the COVID-19 Pandemic?

The COVID-19 vaccine is being rolled out to frontline workers and the vulnerable population, and it looks like it may soon be available to the public at large. Obviously, that’s great news. It looks like we are on our way back to some degree of normalcy. But, because we are lawyers and lawyers can’t ever just be happy and look at the positives of a situation, we’ve had to start considering the significant potential legal implications and conflicts that could arise with the largescale rollout of the vaccine.

END_OF_DOCUMENT_TOKEN_TO_BE_REPLACED

It is often the case that a loved one will become incapable of managing their finances and will require someone to step in and act on their behalf. This is where a continuing power of attorney for property can come into play. A continuing power of attorney for property is a document which grants authority to the chosen attorney to manage the assets of the person, referred to as the grantor. It is made while the person is mentally competent and remains effective through incompetency.

END_OF_DOCUMENT_TOKEN_TO_BE_REPLACED

2020 may be the most defining year for the digital practice of law since the advent of the internet. The onset of the COVID-19 pandemic has seen the Canadian justice system transition to a great extent to a virtual platform. This only serves to highlight the forms of virtual media which can be used in litigation.

Lawyers know how important social media can be to a matter. What a plaintiff posts on social media, as well as what a defendant posts, can be crucial to a case.

END_OF_DOCUMENT_TOKEN_TO_BE_REPLACED

The New Trend in Motions for Default Judgment

We have all been there, you bring a claim against a party who thinks that if they just ignore the litigation it will go away. The Rules of Civil Procedure dictate that if a party against whom a claim has been properly brought does not serve and file a defence within 20 days, that party may be noted in default.

END_OF_DOCUMENT_TOKEN_TO_BE_REPLACED 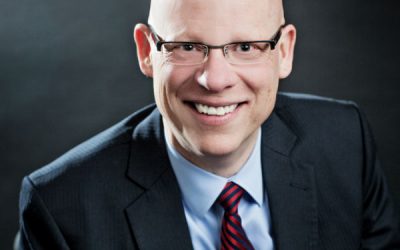 Roger Chown Appointed to the Bench

Our former partner Roger Chown was appointed to the bench on October 2, 2020, and as a result, as of that date, he is no longer a partner in the firm.

END_OF_DOCUMENT_TOKEN_TO_BE_REPLACED

If you’re an employee or an employer, then in between sessions of binge watching of Tiger King, you might be pondering how the COVID-19 pandemic will affect the employment relationship.
As an employer, you may have concerns about budgetary constraints, and the possible implications of having to lay off employees in a time of crisis.

END_OF_DOCUMENT_TOKEN_TO_BE_REPLACED

If you find a road that you commonly use to access your cottage blocked or you are considering blocking other motorists from using an access road which crosses your property, you should understand the effect of the Road Access Act.

END_OF_DOCUMENT_TOKEN_TO_BE_REPLACED

When a plaintiff is successful in a lawsuit, they are generally entitled to prejudgment interest (PJI) on their damage award. Prejudgment interest is awarded on any damages incurred between the date the cause of action arose (or written notice of the action was given, if related to an MVA) to the date of the order for payment of money. The Ontario Court of Appeal has written that “[a]wards of pre-judgment interest are designed to recognize the impact of inflation and to provide relief to a successful litigant against the declining value of money between the date of entitlement to damages and the time when damages are awarded.” 1

END_OF_DOCUMENT_TOKEN_TO_BE_REPLACED

Recent Constitutional Decisions and Their Localized Effect on Access to Justice

The fact that access to justice is a problem is abundantly apparent to anyone involved in the legal system, be it judges or lawyers, plaintiffs or defendants or even common observers. Courts, Law Societies, Bar Associations and special interest groups among others are all trying to improve access to justice. Unfortunately, it is not a problem easily remedied.

END_OF_DOCUMENT_TOKEN_TO_BE_REPLACED

Joint Accounts: Are They Helpful in Estate Planning?

Since starting to build my estate related practice, one of the common questions I get asked is how to organize assets to avoid probate fees or estate tax. The question has often come from the adult children of a parent that are wondering if mom or dad are being smart in their estate planning, as it is often these same children and their siblings that are the beneficiaries of their parent’s estate.

END_OF_DOCUMENT_TOKEN_TO_BE_REPLACED

The cases of Skunk v. Ketash, released on March 22, 2016, and Fosker v. Thorpe, released in 2004, are an interesting example of two judges finding their way to opposite conclusions on similar facts. In both cases, the plaintiff was injured in an accident which occurred during an alleged theft of the plaintiff’s own insured vehicle.[1] In both cases, liability coverage was unavailable to the alleged thief. In both cases, the insurer of the vehicle argued that uninsured motorist protection was not available to the plaintiff because the stolen vehicle was insured, not uninsured. Interestingly, as indicated, the outcome of the two cases was different.

END_OF_DOCUMENT_TOKEN_TO_BE_REPLACED

In November, 2015 the Supreme Court of Canada ruled that a section of the Highway 407 Act was unconstitutional.

The 407 Act allowed the 407 ETR Concession Company to suspend the vehicle permits of people with unpaid toll debts, even after they had declared bankruptcy.

The 407 Company appealed to the Supreme Court after the Ontario Court of Appeal struck down the vehicle permit suspension powers in the 407 Act in December, 2013.

END_OF_DOCUMENT_TOKEN_TO_BE_REPLACED

In Fonseca v. Hansen et al, released April 26, 2016, the Court of Appeal has provided further clarification on what type of communication is appropriate between counsel and an expert witness. One of the questions on appeal was whether the trial judge erred by failing to instruct the jury that pre-trial communication between the appellant’s counsel and an expert witness was not a proper basis on which to reject the expert’s testimony.

END_OF_DOCUMENT_TOKEN_TO_BE_REPLACED

The Ontario Court of Appeal recently mandated a small adjustment to the standard jury charge in rear-end motor vehicle accidents.[1] The court also strongly confirmed that when one car runs into another from behind, the driver of the rear car has the onus to satisfy the court that the collision did not occur as a result of his negligence.

END_OF_DOCUMENT_TOKEN_TO_BE_REPLACED

Defending an Action Without an Insured? When a Claim is Served Upon the Insurer by Substituted Service, Where the Rules and Practice Should, Could or Might Lead.

The issue of plaintiff’s counsel serving their statement of claim directly upon a defendant’s insurer, by way of an order for substituted service, has been around for some time.

It has no history. It does not have negative treatment. It has not been distinguished or overruled.

In the decision Justice Quinn decides to summarize the state of the law on the issue and make very pointed comments on the proper procedure to be followed in obtaining such an order.

END_OF_DOCUMENT_TOKEN_TO_BE_REPLACED

It is very common for homeowner’s policies to exclude water claims arising when pipes freeze during the heating season if the insured was away from the premises for more than four consecutive days, unless the insured had arranged for a competent person to enter the dwelling on a daily basis to ensure that heating was being maintained. However, there are surprisingly few cases that squarely deal with this simple fact pattern. After one of the coldest Canadian winters in decades, it seems appropriate to consider this topic.

END_OF_DOCUMENT_TOKEN_TO_BE_REPLACED

Relief From Forfeiture Under the Courts of Justice Act in Auto Insurance Cases: A Review of Kozel v. The Personal Insurance Company

The Ontario Court of Appeal’s decision in Kozel v. The Personal Insurance Company, 2014 ONCA 130 has expanded the availability of relief from forfeiture under section 98 of the Courts of Justice Act. The court’s decision confirms that relief from forfeiture under this section is available for violations of statutory condition 4(1) of Ontario’s standard automobile insurance policy (OAP1), even where section 129 of the Insurance Act does not apply.

Kozel has altered the landscape for statutory condition 4(1) denials. The Court of Appeal held that driving with an expired licence is not non-compliance with a condition precedent in an insurance contract, but imperfect compliance. Kozel expands access to relief from forfeiture, concluding that only in rare cases will a finding of non-compliance be made. In most cases, the breach will be deemed imperfect compliance, and relief from forfeiture may be available.

END_OF_DOCUMENT_TOKEN_TO_BE_REPLACED

Novice and Young Drivers: Beware of Voiding Your Insurance Coverage